UFC president Dana White has announced on Twitter that welterweight champion Georges St. Pierre has torn his acl and will be out for the next year or so. Nick Diaz and Carlos Condit will now meet at UFC 143 in Las Vegas for the interim title.

It is an interesting turn of events that has led to this situation. GSP and Diaz were originally set to square off at UFC 137 until Diaz no-showed a couple of press events and Dana White removed him from the fight in place of Carlos Condit. That was until of course, GSP was injured and the fight was scrapped altogether. That night however, Diaz put on an amazing display against BJ Penn and earned another shot at GSP as Condit was pushed to the side. With GSP injured once more, this love triangle for the welterweight title takes another turn as two of the most dangerous strikers will now go head to head. Will Diaz be the first Strikeforce champion able to unify a belt? Don't be scared, Carlos. 209 bitch! 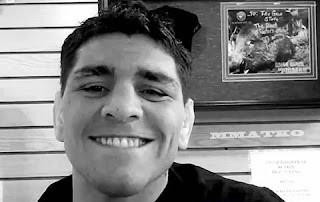