The gang comes together to give you a new look this week: a podcast hosted by Kid Presentable and not Doctor Law. They take you through what happened on the Bellator and WSOF fight cards this past weekend. The gang also allows Doctor Law to ramble about Wrestlemania for about 5 minutes, which he greatly appreciated. They discuss Ronda Rousey's role in "The Grandest Stage of Them All," The gang also previews and predicts the fights for this weekend's UFC Fight Night: Mendes v. Lamas. All that and a very special edition of "Stuff We Like" (#Hoodslam).

The gang looks for the good in Demian Maia's victory over Ryan LaFlare this past weekend at UFC Fight Night in Rio. They also discuss Josh Koscheck's loss to Erick Silva, Pepey's huge win over Andre "Touchy" Fili and the worst referee decision in recent memory made by Eduardo Herdy (AKA Brazilian Ed Hardy). They also discuss Ronda Rousey's next fight and the Aldo/McGregor world tour. The gang (Doctor Law specifically) also takes Metamoris to task for their recent business decision. All that and another edition of "Stuff We Like." 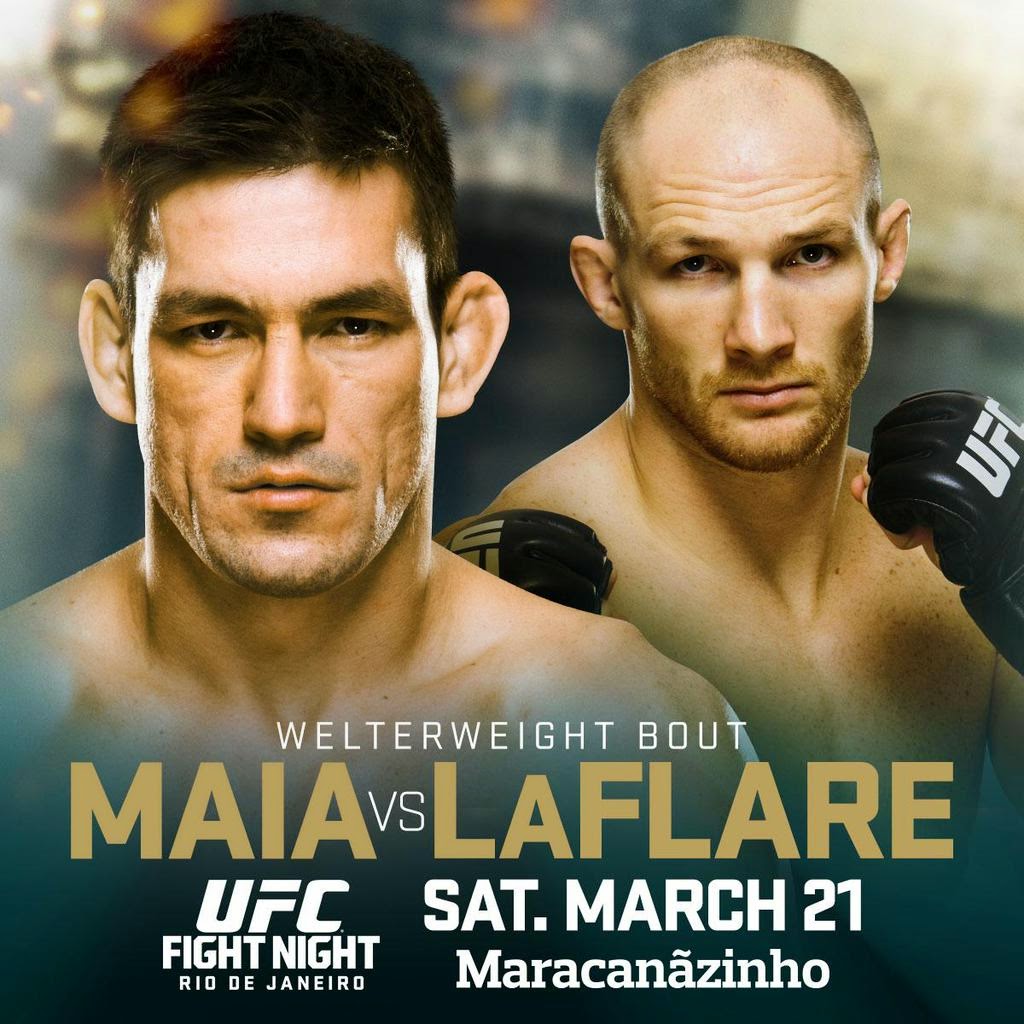 This Saturday, March 21st, coming off of the momentum of the thrilling UFC 185 card that saw two titles change hands, the UFC returns to Brazil and puts on a card that is...well...not so great. This card lost Urijah Faber, Raphael Assuncao, Josh Thomson, Ben Saunders...let's be honest, they might want to rename this card: UFC Fight Night: Well, F*ck.

Don't worry folks. All is not lost. There is
a man that can and will save us from an evening of average-at-best MMA. Some (well, me) call him the Brazilian Superman. Others (also me) call him the Brazilian Octopus (this name will pick up steam soon, I swear). I'm talking about Demian Maia. One of the baddest men on Earth and worth your viewership alone just to see how effortlessly he chokes out professional fighters.

The gang breaks down the results of UFC 185: Pettis v. dos Anjos and try to make sense out of the two title changes that took place. The gang look at dos Anjos's masterful performance and look ahead to his next opponent. They also analyze Joanna CHAMPION'S (Jędrzejczyk's )victory over Carla Esparza and wonder if she has any challenges in the weight class. The gang reviews the rest of the UFC 185 card before previewing Saturday's scheduler-filler card headlined by Maia and LaFlare. All that and another edition of "Stuff We Like." Welcome to the Show. The poster says it all. Anthony "Showtime" Pettis has proven to be one of the more infuriating fighters in recent UFC history. On the one hand, he is dynamite MUST SEE TV. On the other, he is prone to injury and has experienced long layoffs between many of his fights. Fortunately, it is fight week and knock on wood, we're going to get a cold glass of seltzer in a hot July, and that is a TREAT my friends. On the other side of the cage Pettis will meet a confident Rafael Dos Anjos that will be unafraid to stand with Showtime. Anything bad I ever said about Dos Anjos went out the window when he became the first man to ever knock out Benson Henderson. Let us not however, forget about the ladies. I see you Ms. Esparza, go get you another ridiculously expensive sundae! Carla Esparza makes her inaugural title defense against surging champion of the Polish people, Joanna "I had to copy/paste this to spell it right" Jedrzejczyk. It looks like it shall be a throwback match-up of the grappler vs the striker.  Will history's trend of favoring the former continue?

Even though Pettis' UFC career began with a lowlight loss to Clay Guida, he has looked nothing short of a generational talent ever since. Pettis has been able to put together his exceptional athleticism, supremely technical striking, vastly improved takedown defense, and always dangerous submission game into what became the first MMA fighter to get that Wheaties box cover. Dos Anjos has time and time again proven myself to be wrong in doubting him as he has emerged as one of the best all around fighters in the division. This seems like its will be a game of "anything you can do, I can do better" for Pettis though, and I can't see many avenues to victory for Dos Anjos. I expect him to come to fight, be willing to stand, but ultimately lose. Pettis by KO round 2.

The gang comes together (in full) for a podcast that was quite entertaining for all involved. Some them sound drunk, we promise they aren't. The gang gives an extensive preview of UFC 185: Pettis v. Dos Anjos and try to put their biases against fighters they do not like aside to make logical picks (many of them fail). They also discuss Rampage's sweet Bellator contract, Koscheck's final fight on his contract and Burt Watson. All that and an edition of "Stuff We Like" you won't want to miss.

The gang comes together to basically at marvel at Ronda Rousey. Seriously, that woman is incredible. They discuss Rousey's fight with Zingano and the rest of the UFC 184 card. They also go over the Invicta card headlined by Cyborg and Bellator's show headline by Emanuel Newton. All that and another edition of "Stuff We Like."