The gang comes together to fill fifteen minutes talking about UFC 186 and Mighty Mouse Johnson's dominant victory over Kyoji Horiguchi before going in on the Jon Jones craziness. Seriously, somebody get that man a life coach. He needs some help. They also discuss Ben Askren's unfortunate ONE (it's still One FC to me) title defense. All that and another edition of "Stuff We Like." 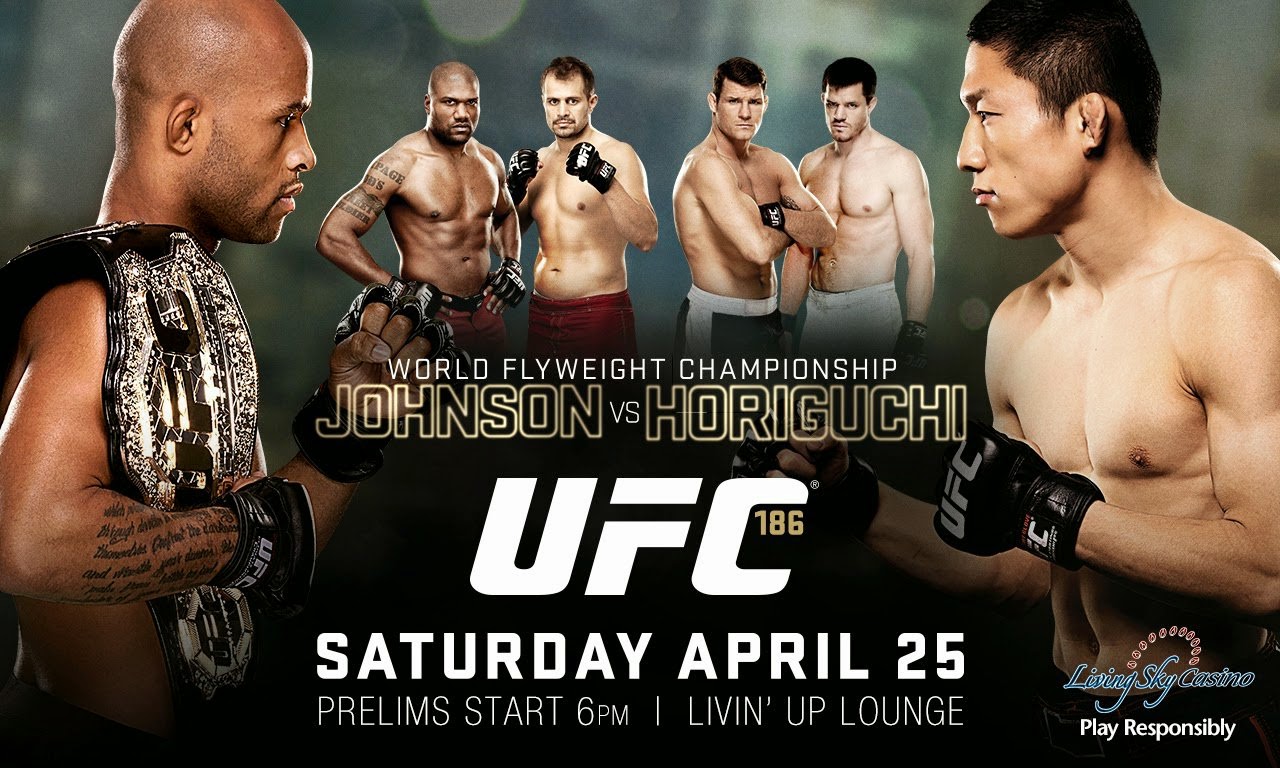 The journey to UFC 186 might actually turn out to be more interesting than the card itself, which has been plagued with injuries and odd court dealings that have taken away some of its more appealing match ups. However, it’s not all doom and gloom as our savior, our man of steel, Quinton ‘Rampage’ Jackson has come at the zero hour to attempt to save this card (with some help from our justice system, thanks lady liberty). It’s still in the air if he’ll be able to do so, but at the very least it’s made things a bit more interesting.

It’s difficult to think Kyoji is ready to take on the champion at this time, and there’s good reason behind that feeling. Kyoji said in his last post fight interview that he wanted a few more fights before going after the belt. While Kyoji has shown great promise, he hasn’t been tested enough to know if he’s ready for a guy the caliber of Demetrious Johnson. So far in the UFC he’s shown that he’s a worthy UFC fighter and might be able to test some of the best in the division however, it’s just unclear if his skill and mental abilities are ready for arguably one of the best pound for pound fighters in the world. Like Kid Presentable said during our last podcast, there’s a lot of upsets going on right now, and that’s what a win for Kyoji would be here, an upset, and a huge one at that. Demetrious Johnson by 3rd TKO

The gang discuss the pride of Santa Cruz (and officially a scary scary man) as they break down Luke Rockhold's utter destruction of Lyoto Machida at UFC on Fox 15. They also discuss Jacare's victory over Camozzi and try to make sense of the UFC middleweight title picture. The gang also reviews huge wins from Max Holloway and Paige Van Zant along with great performances from OSP and Beneil Dariush. They also discuss UFC 186 and do their best to get excited (spoiler alert: they fail). All that and another edition of "Stuff We Like."

The UFC is back on network television and back in Newark because the city of New York hates money. With them they bring a fantastic card from top to bottom (despite the loss of Yoel Romero) headlined by a battle between two top middleweight contenders. Oh, did I mention that this is the most handsome main event in UFC history? Well this is me putting you ladies and gentlemen (I don't judge) on notice.

I spent like 20 minutes trying to work a Handsome Boy Modeling School joke into this fight. It would have helped if I had more experience with listening to the group beyond the 2 or 3 times I heard them while riding in Kid Presentable's car 12 years ago. Anyway, this should be a very competitive fight between two beautiful sons of b*tches top contenders in the 185 pound division. Rockhold has won 3 straight since getting TRT Vitor'd while Machida recently kicked CB Dollaway's ribs into the third row. I have a hard time picking against Machida in a fight where I'm pretty confident he wont be taken down. That's why I didn't. I think Machida does what Machida always does. He will manage distance, avoid getting hit and strike when he sees an opening. Luke Rockhold is a fantastic fighter who is very well rounded and is only getting better. He has proven that he can come back from adversity and one day he will be fighting for the UFC title. I just think he's going to have to wait a bit. Machida by 4th round TKO.

The gang breaks down what exactly happened at UFC Fight Night: Cro Cop v. Gonzaga II AKA UFC Fight Night: KRAKOW!!!! They also discuss the respective WSOF and Bellator fight cards this weekend. They then look ahead to the huge UFC on Fox: Machida v. Rockhold taking place this Saturday in New Jersey. The gang tries to figure out if Camozzi has a shot in hell against Jacare (he doesn't) along with if this is Max Holloway's breakout fight. After going through the card, they present a very Daredevil-heavy "Stuff We Like."

What a great time for the UFC to make their first trip to Poland. They just got first their first Polish champion, Joanna Jedrze…, Joanna ‘Champion’. Not only that, but Poland is also no stranger to MMA, having their own local organization, KSW, headquartered in Warsaw. I’m sure the Polish MMA fans were excited to finally host a UFC event, the only bad news is the fights themselves leave a lot to be desired.

The gang discusses Chad Mendes' dominant victory at UFC Night Fight: Mendes v. Lamas. They also discuss the Iaquinta v. Masvidal decision along with Douglas Crosby's role as a judge. They also discuss the rest of the card including Clay Guida's callout after his victory over Robbie Peralta. They also preview this weekend's Bellator and WSOF cards. The gang then tries to do a reasonable job previewing UFC Fight Night: Crocop v. Gonzaga II card (they don't succeed). All that and another edition of "Stuff We Like." 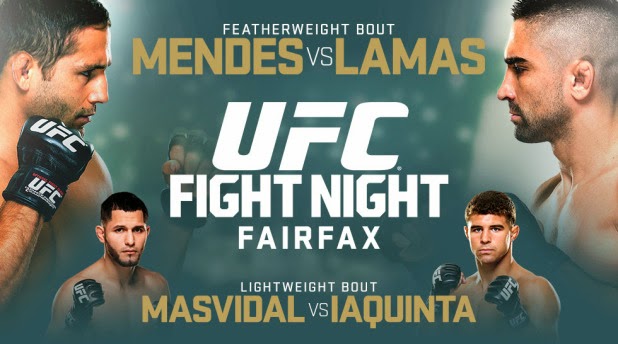 After a week off, the UFC takes it's show to Virginia.  Fight cards on Fox Sports 1 have had a tendency to disappoint (see Maia v. LaFlare).  This card has some promise though, with plenty of fighters in the main card willing to bang or at the very least push the action.  At the end of the day you can't ask for more than that in a card you don't have to pay money to watch.