What a great time for the UFC to make their first trip to Poland. They just got first their first Polish champion, Joanna Jedrze…, Joanna ‘Champion’. Not only that, but Poland is also no stranger to MMA, having their own local organization, KSW, headquartered in Warsaw. I’m sure the Polish MMA fans were excited to finally host a UFC event, the only bad news is the fights themselves leave a lot to be desired.

A rematch to a fight I don’t think a lot of people were excepting, Eight years removed from their first outing Cro Cop is getting a shot to avenge his worse KO loss. The last time these two met, Cro Cop was on the verge of getting a UFC title shot. All he had to do was get past a relatively unknown Gonzaga. Most in the know thought this was a task Cro Cop would handle with ease; after all he had just won the Pride Open Weight GP and got the UFC jitters out of the way by handling Eddie Sanchez. However,
Gonzaga rewrote the script and shocked the world by crushing Cro Cop with a highlight reel head kick knockout. Since then both fighters have struggled to stay relevant in the heavyweight division, Cro Cop left the UFC a while ago and I don’t think many thought he’d return. Here we are though, days removed from seeing this fight and I just can’t help but wonder, what’s the point? A win for either could be a start to maybe making a run at the titlem but I don’t think beating Cro Cop or Gonzaga does too much to get either ball really rolling. Also, I don’t have a lot of reason to think Cro Cop is better suited to beat Gonzaga now then he was eight years ago. Ultimately I’m left scratching my head on this one in terms of why, but I think I know who’ll win. Gonzaga 2nd TKO.

Gonzaga: All of us
Cro Cop:

This is actually a decent fight against a couple of not so well know, but still quality, light heavyweight contenders. Manuwa was making a fairly decent run until he ran into Gustafsson in his last fight. That fight still got him Fight of the Night honors. Jan on the other hand is on a nice six fight winning streak and will have the home court advantage in this one. Personally I feel Jimi has faced the better known competition and has done pretty well for himself there, while Jan hasn’t yet been tested against the who’s who in the light heavyweight division and it’s still unknown how he’ll stack up against the cream of the crop. Jimi will be a good solid test for Jan. However, I feel Jimi is just the better fighter and will get the win. Jimi round 1 TKO.

Remember when I said this card left a lot to be desired? I was basically talking about this one. Of course, no disrespect to these fighters, I just literally don’t know much of anything about them. From what I was able to find this will be both fighters UFC debut and looking at the records, I didn’t see them face any name competition. Bartosz is from Poland so I get why he’s on the card. I just question why he’s on the main card. I’m honestly not expecting much from these two, but they are getting a pretty decent opportunity to debut on a main card (granted it’s a Fight Pass card). I hope they are looking to put on a show because this fight seems like a great one to maybe use the restroom or organize your closet. Bartosz by, oh I missed it and I was almost done rearranging my socks. 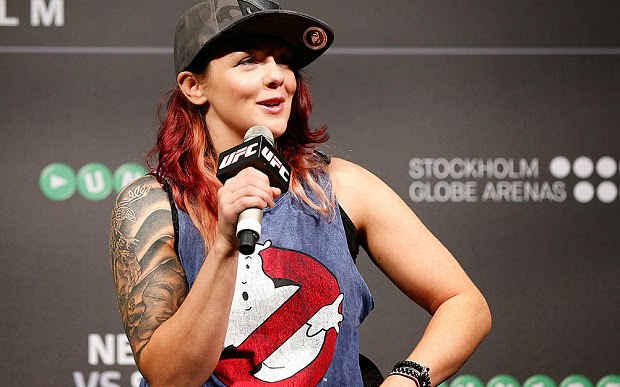 This is personally the fight I’m looking forward to the most on the card. I’ve always thought very highly of Joanne and even though she stumbled on her season of TUF, a win here could put her in the title picture. Maryna isn’t as well known, but she has a very impressive, unbeaten record and has stopped all her opponents. Joanne is going to have to keep this one standing and in the clinch if she’s going to be successful. Most of Maryna’s wins are from armbars so Joanne needs to stay off her back and be careful if she finds herself in Maryna’s guard.  Given the card is taking place in Poland I half-expect Joanna ‘Champion’ to be there and if Calderwood wins I wouldn’t be shocked if they announce Calderwood vs 'Champion' right there. Joanne TKO 2nd round.

Calderwood: All of us
Moroz: