This card has two fights I'm looking forward to....that's it.  On most nights that's a recipe for a card I don't want to watch, but that speaks to the star power that Conor McGregor possesses.  He makes a sh*t card into must-see TV. 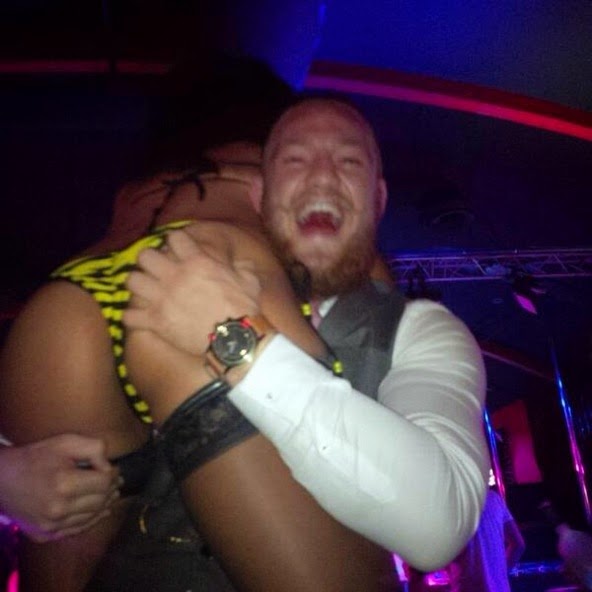 Are we even sure that Dennis Siver knows he's fighting this weekend?  In all the press leading up to this fight Mr. Siver has not been heard from.  Someone should make sure he bought his plane ticket and got him some fight trunks.  Everyone who fights Siver has to respect the power in his spinning back kick, but let's be real, this fight will serve as nothing more than a stepping stone for The Notorious One.  With each fight McGregor further shows what all of the hype is about and it won't be any different against a fighter who at this point in his career is more name talent than actual talent.  McGreger by TKO in 1st round.

McGregor: All of us
Siver:

No chance this isn't the Fight of the Night.  Every chip you can think of is stacked against Cerrone in this fight.  He took the fight on 15 days notice, he went three round with Myles Jury and he's fighting a top five fighter.  Let's not forget that this tip five fighter he's fighting on two weeks notice has beaten him twice before. While Cerrone has definitely gotten better since his losses to Henderson back in their WEC days, even with a full camp Cowboy would have trouble in a third fight with Smooth Ben.  Henderson wins this fight going away, but we should all applaud Cerrone's willingness to fight "anyone, anywhere, anytime."  Henderson by decision.

Henderson: All of us
Cerrone:

This is my favorite type of fight.  In one corner we have the hard striking Uriah Hall and in the other corner we have some guy this picked up off the street.  The 20 minutes I spent on YouTube looking Stalling up leads me to believe that his flat-footed Muay Thai style won't lend itself well to fighting Hall.  One of the last things you want to do is stand in front of Hall, that normally doesn't lead to very good results.  Hall by KO in 2nd round.

Hall: A trend is developing for this card
Stallings:

Why does the UFC inflict Gleison Tibau on us?  I'm not saying he isn't a good fighter.  The fact he wins more than he loses is a testament to that.  But does he have to be so BORING at it?  You almost feel sorry for Parke; he's about to get dry-humped for 15 minutes on his first main card.  Parke is Tibaued all night.

Tibau: Yep, none of us are different
Parke:
By Lavender Gooms