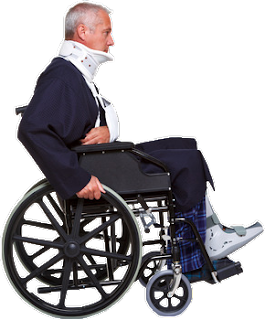 What the poster for this card should look like

What a card for the UFC.  Injuries are a part of the game.  You can't avoid them.  but it's not often that that not just co-main event, but the main event gets KO'ed because of boo-boos.  This card went from this: 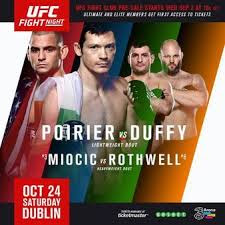 Graphics in this looking tight.  We got these guys looking straight up ethereal with how they are blend into that colorful back drop.  Stipe then gets hurt so we lose that fight; 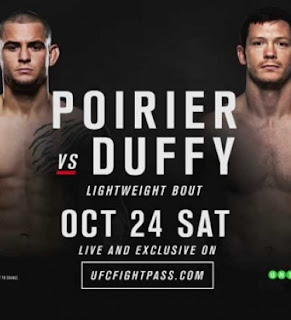 "Ok, Ok so we lost the heavyweight fight with the potential title contender.  We still have the guy who last beat Conor! Fighting in Dublin! Cha-ching!....Hello?  Wait what's that you say? FUCK!!! Call Jimmy we need another fucking poster!!" 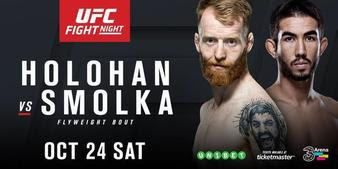 Well at least they still have an Irishman in the main event.

Holohan is a very tall flyweight at '5,9" but more importantly knows how to use his range with his kicks.  I probably should pick Smolka. The kid is 24 and improving each time we see him.  He's a good technical striker who uses alot of activity and doesn't stop coming forward, using a game plan of not letting his opponents catch their breath.  However I am a big proponent of home town advantage.  Holohan is fighting in his native Ireland in his fight UFC main event which will have him amped and ready to go.  My choice isn't very intelligent but by golly I'm sticking with it.  Holohan by KO in 1st round.

Very simple rule of life here.  You can't bet on a man who spent more than a year in the pokey because he stole hand bags.  I say again, hand bags.  Not even counting the fact that Madadi hasn't fought in 30 months(14 of those in the clink),  Parke isn't easy to take to the ground and will be able to control the fight from the outside.  Parke by decision.

Madadi:
Parke: All of us

Nicohlas Darby vs. Darren Till

Till is one of the promising prospects at just 22.  Till's striking is by far his best attribute but his takedowns and groundgame are coming along.  Dalby is good on his feet as well and competent on the ground so this should be a close fight.  What sways it for me is Till is an Englishman who was able to speak fluent Portuguese after his fight in Brazil.  When the fight is a coin flip, you find whatever you can to tip the scales in a particular direction.  Till by decision

Darby:
Till: All of us