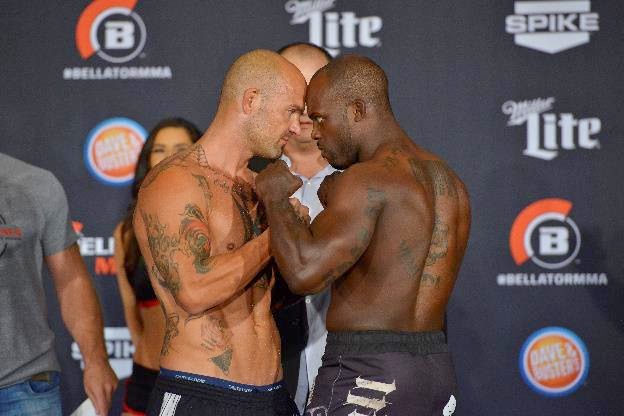 Hey Mama, we made it! Three years, 100 episodes of a podcast, articles on articles, and an unhealthy amount of hours upon hours of watching men and women test their limits through physical violence, the It's MMAzing gang took that giant leap forward and became credentialed media members. Come along and take a peak behind the scenes at this milestone moment for our little blog and podcast where we traveled to the Save Mart Center in Fresno, CA to cover Bellator 125: Marshall vs Manhoef.

Special shout outs to Lauren McLaughlin, Bellator's Public Relations Manager, and Anthony Mazzuca, Director of Communications, for their hospitality and help in making the first event we've covered as a media outlet a great experience.

Notes from the event:

The big winner of the night: Melvin Manhoef. This on again, off again mma fighter known to many of the die-hards as being an excellenct striker with nightmare inducing power, but rather inconsistent results was coming off of losses in 2 of 3 of his last mma fights, and six defeats in a row in his kickboxing career. It's safe to say most people felt Manhoef was on the final legs of his career, but funny what one devastating overhand right can do. This 30 year old legend of the sport now stands set to contend for Bellator's middleweight title,  hopefully adding one more piece of gold to this
storied career.

The Strikeforce effect: By the way, that title shot... could there have been anything more Scott Coker that happened on this card? Strikeforce was a place where it seemed that anyone could be one fight, or in some cases, one LOSS, away from title contention. But you know what? Who cares? Because Manhoef fighting Alexander Schlemenko for a meaningful mma title in 2014 or early 2015 sounds like pure awesome.


First Round Fast: Like an episode of America Ninja Warrior, the main carders treated each fight like it was a race to see who could win the fastest. Four 1st round finishes, including a pair of minor upsets, saw victors in Melvin Manhoef, Rafael Carvalho, Javy Ayala, and Goiti Yamauchi. A pair of RNCs and a couple of knockouts left a lot of dead time in between fights. Oh, and for the record, Mr. Eye Candy himself, Javy Ayala won the race to end the fight the fastest.


Prospects: Bellator is long for the star power and familiar names of the UFC, but have often provided a strong proving grounds for up and coming prospects and talent. A pair of exciting prospects revealed themselves in the featherweight division in Goiti Yamauchi and the now 30-0, 20 year old Muay Thai specialist, Julio Cesar Nieves, Perhaps a bout between the two to decide the next contender for the division's belt is not too far down the road.

Local boys - Dethrone Base Camp: Long time UFC vet, Josh Koscheck's fight team produced some nice highlights. George Zuniga opened the card with a tko stoppage of Granson Clark and Chris Honeycutt's overwhelming top control and wrestling eventually led to a ground and pound stoppage of Aaron Wilkinson. No one seems to know if Kos plans to fight again, but at the least, he has some promising folks in his camp that he will continue to coach up. 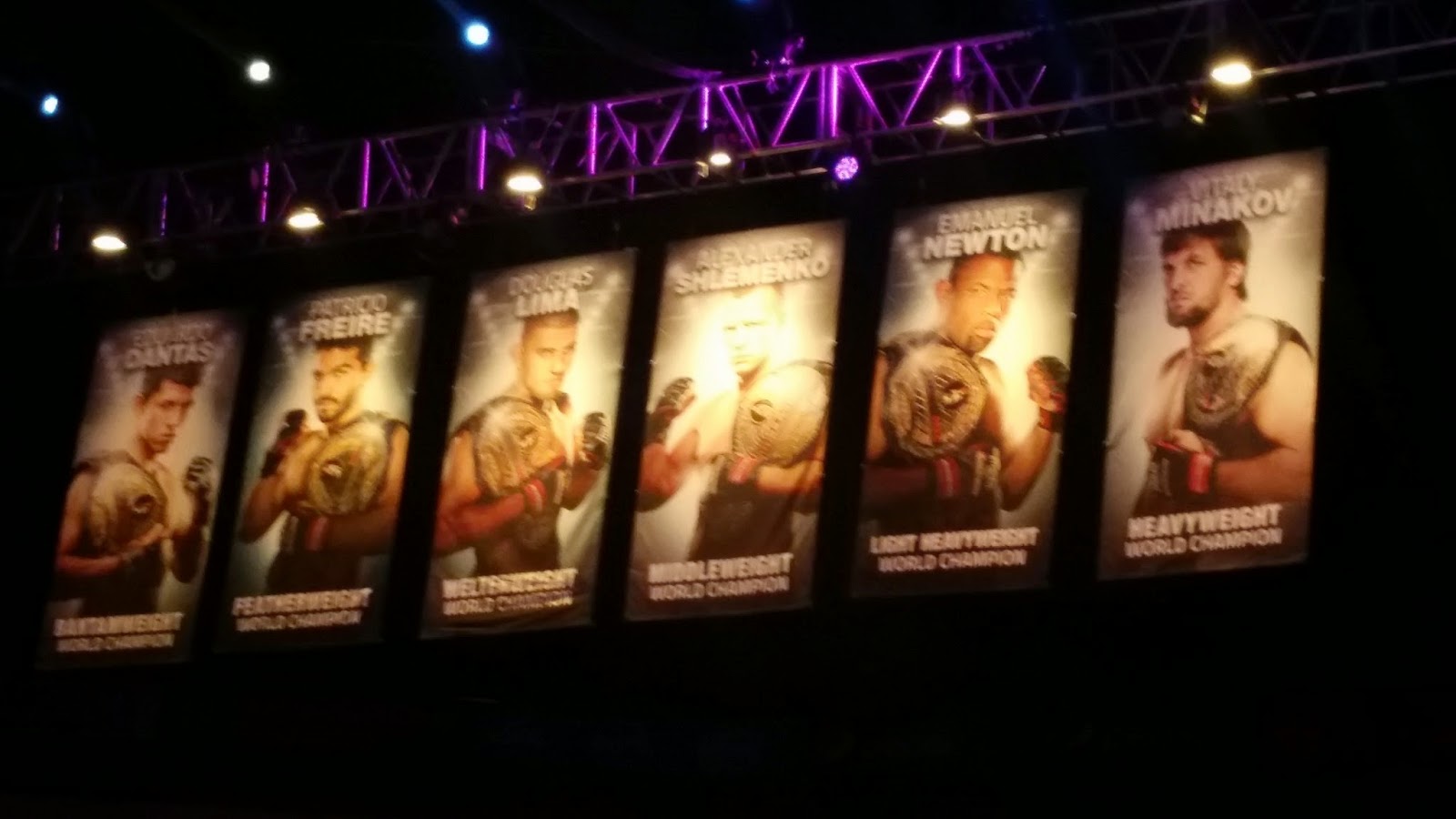 Final thoughts: A big thank you once again to the people at Bellator who were a class act all the way around. I know a lot of negative press surrounded the company leading to the eventual ousting of Bjorn Rebney, but our experience with everyone was a friendly and great time for each of us... Those prelims move right along with no lulls in action. The UFC could learn a thing from their pacing in some parts of their cards... Names and relevancy can sometimes leave a bit to be desired in organizations that are not the UFC, but that doesn't mean the card can't just be a great night of action with a mix of prospects and action fighter vets. 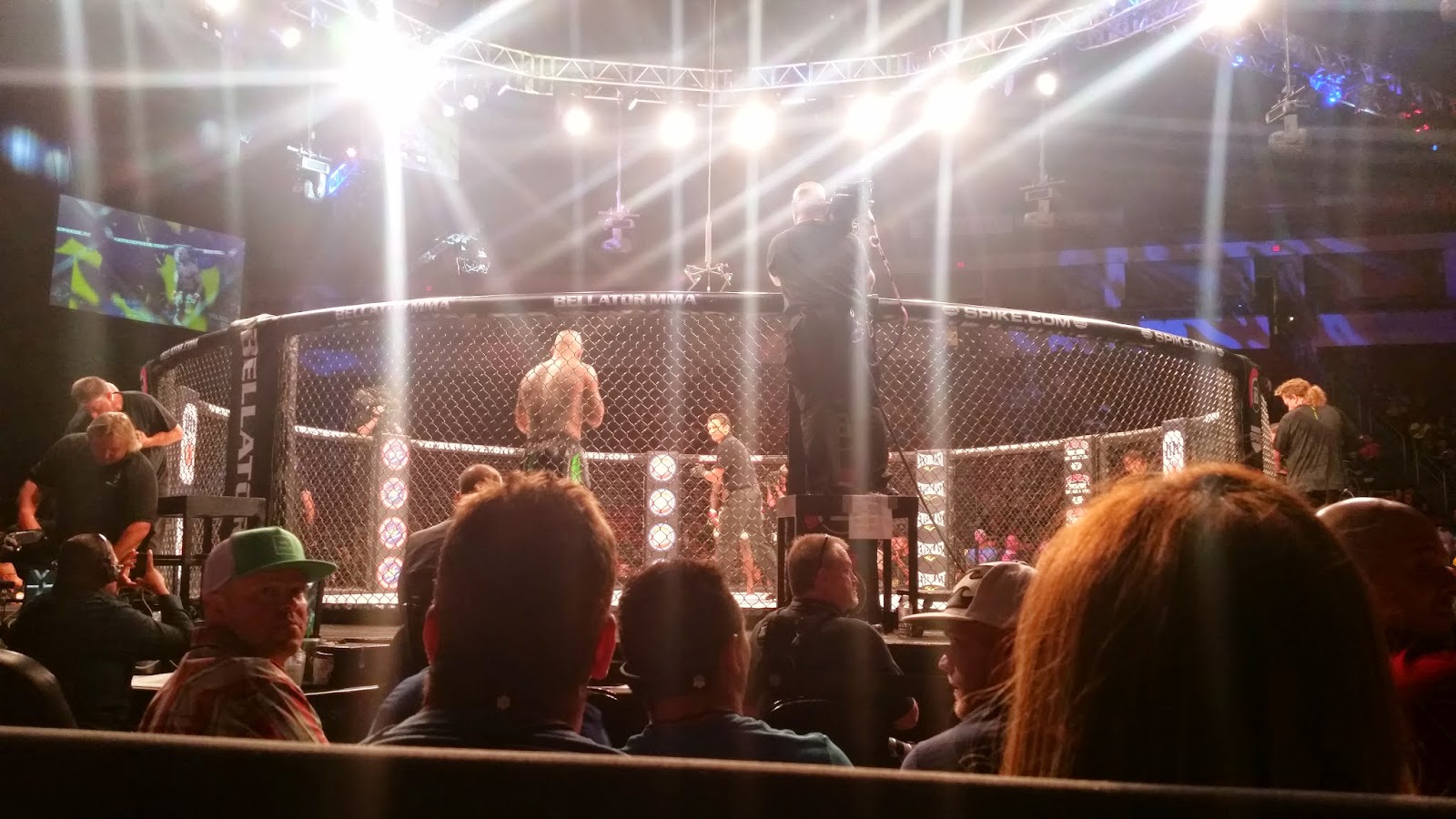